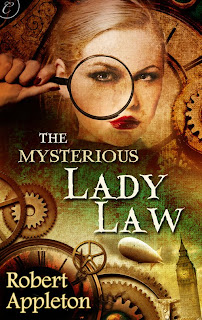 In a time of grand airships and steam-powered cars, the death of a penniless young maid will hardly make the front page. But part-time airship waitress and music hall dancer Julia Bairstow is shattered by her sister's murder. When Lady Law, the most notorious private detective in Britain, offers to investigate the case pro bono, Julia jumps at the chance—even against the advice of Constable Al Grant, who takes her protection surprisingly to heart. Lady Law puts Scotland Yard to shame. She's apprehended Jack the Ripper and solved countless other cold-case crimes. No one knows how she does it, but it's brought her fortune, renown and even a title. But is she really what she claims to be—a genius at deducting? Or is Al right and she is not be trusted? Julia is determined to find out the truth, even if it means turning sleuth herself—and turning the tables on Lady Law...


I don’t really read a lot of steampunk but in the last year I have been dipping my toes in the waters as it were. The Mysterious Lady Law is set in the Victorian era but an era populated with many more steam powered inventions than they had in reality. The main story follows Julia’s quest to find out why her sister was murdered – and why Lady Law is taking such an interest in a lowly case.
I really enjoyed this story – it’s not long, maybe the length of novella but there is an intriguing mystery and some great characters. Lady Law herself is only really glimpsed as a distant and enigmatic character, while the romance between Julia and Al Grant is sweetly handled and correctly done for the society they live in. I felt Sir Holly was a little underused perhaps especially considering his strong start. There are some exciting set pieces and a surprise ending that I thought fit in really well.
However, in all I felt there was something missing – it was like I’d been given a ten minute preview of a film rather than the full feature. Basically I was left wanting more. I wanted the mystery to stretch on for longer with a few more twists and turns. I really hope this is the start to more adventures in this world – I could be a new convert to Steampunk!
Recommended for fans of Gail Carriger and Marie Brennan. 7 out of 10.
Posted by Mel at 11:30 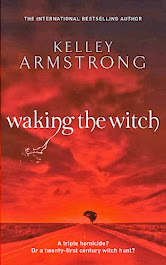